Kratom is well known amongst connoisseurs for helping to focus the mind. Many people report nootropic effects from kratom, and as you might expect, some of the strains that produce a nootropic effect are the same ones that are used for their stimulating effect. However, if you’re looking for kratom mainly for its nootropic effects, there are some special considerations.

Some kratom users find that the more stimulating strains of kratom, such as Thai and Sumatran kratom strains, can produce an effect that seems quite ‘jittery’ when they are trying to concentrate on their work. Ultimately, this is a personal matter, because if this is not a problem for you then those strains might well have very effective nootropic effects. A good starting point might be to consider your reaction to coffee, which is related to mitragyna speciosa: if a double espresso produces jitteriness for you, these strains might be best avoided if you’re seeking nootropic effects; if on the other hand coffee helps your focus and concentration, they might well be worth a try.

Similar effects, but slightly milder and with far less risk of jitteriness, might be obtained from a Malay kratom, which many of its fans find extremely powerful in its nootropic effects.

Should you wish to make a blend, why not start with a mixture containing a majority of Green Malay kratom, combined with a little White Vein Sumatra for extra ‘lift’ and perhaps some Red Vein Sumatra to prolong the experience. 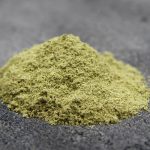 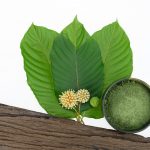 Acadia Kratom 2020: What you need to know